Excuse me… Running a what on what terminal what? 🤔

So, here is the thing. A Raspberry PI paired with a touch-screen can serve as a touch-based, human-machine interface (HMI) for things like DIY projects, robots, and whatnot. For example, this is how I control my Axidraw plotter. The current implementation of my HMI software – named taxi – uses Kivy. Here it is in action:


This requires a full X11 and desktop environment (e.g. LXDE, used by default by Raspberry Pi OS), which is heavy (the full Raspberry Pi OS doesn’t fit on a 4GB memory card) and harder to turn into kiosk mode.

Ever since I first learned of the modern TUI framework Textual, I’ve been thinking of using it as a lightweight, kiosk-mode, touch-based HMI with minimal requirements for the underlying OS. All it needs is a terminal!

My first idea was to simply use the Linux console, which is the terminal-y thing you see at boot, and can use to login if you don’t have a X11/desktop environment. Unfortunately, due to severe limitations in the number of glyphs it can handle (or of my comprehension of it), the results were… underwhelming: 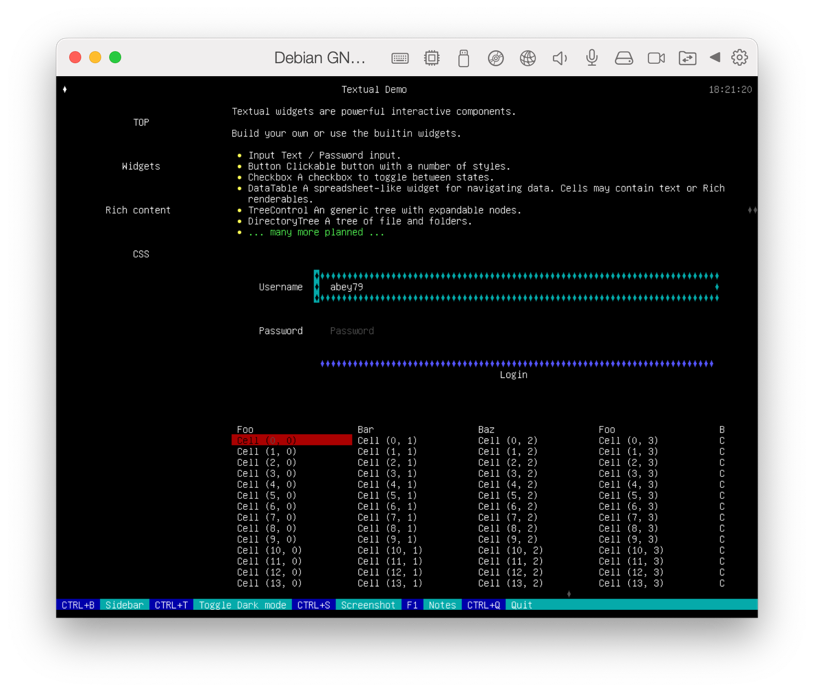 This screenshot was made with a Debian VM running in Parallels Desktop, but the it’s the same for a Raspberry Pi and a physical screen.

For a bunch of reasons discussed below, this is most likely a dead-end in my quest. Still, I learned a few things and I surely won’t remember any of it unless it’s writen down.

I found a bunch of framebuffer terminal emulators, including fbcon, fbterm, bterm, yaft, and fbpad. I tried some of them (not all), and fbpad, by Ali Gholami Rudi, was the first to yield decent results, so it’ll be the focus of this article.

Here is an overview of the steps:

I’ll assume a Debian type of OS, like Raspberry Pi OS, Ubuntu, or a Debian distro.

First, let’s download a suitable monospace font. I chose to use Fira Code.

Then, download and build ft2tf, a font conversion tool by the same author as fbpad:

The -h and -w options specify the final glyph size in the terminal, which in turn determines the column and row count based on your screen resolution. The :6 part after the font path specifies the size at which the TTF font is scaled before conversion. I found these values to work decently well for my Raspberry Pi’s screen (a Waveshare 7" HDMI LCD), but YMMV.

Then, edit conf.h and change these two options:

Obviously, use your actual username. You can leave the rest unchanged.

First, grab a copy of Textual (here from source, using Poetry – installing in a venv should work as well):

Note that TERMCOLOR=truecolor is required to have 256 colors, but it doesn’t actually enable 24bit true color mode, which fbpad does not support.

Here is how it looks like in the Debian VM: 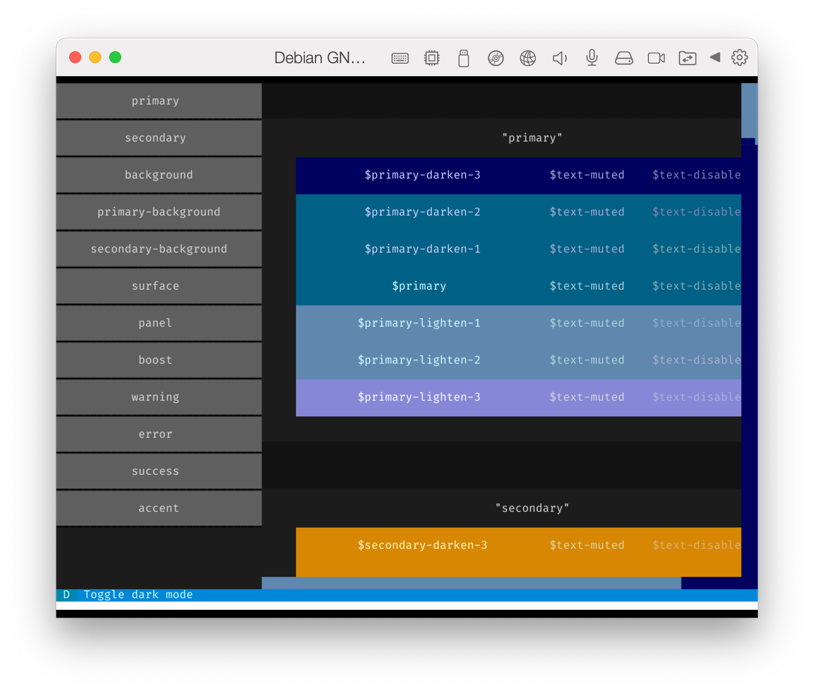 The Textual demo can ben run with the following command: 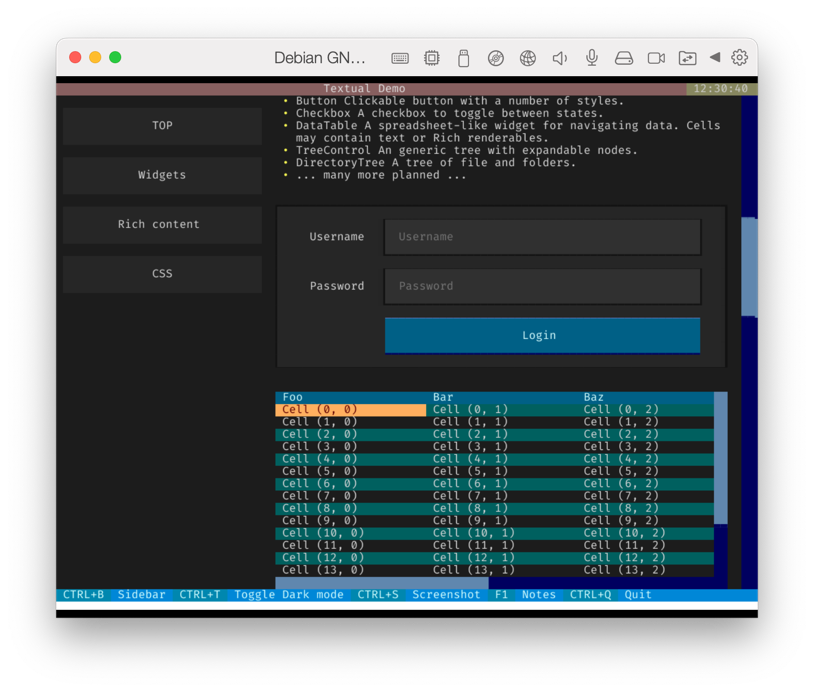 Finally, here is a video of how it runs on the actual Raspberry Pi:

As I mentioned before, this approach has many limitations:

For my purposes, I’ll likely move on to a bare-bone X11 setup without windows manager nor Desktop environment (basically startx + fullscreen xterm), since it addresses most of these limitations. Still, it was a fun niche to dig into! 🤓